Then look no further than Ollie Watkins, the man who was busy tearing the English second tier a new one with Brentford before all organised forms of football completely evaporated.

EFL Championship Fwds with 400 mins plus and at least 1 goal scored.

Looking at Conversion % Vs xG per shot to show current finishing rate Vs chance quality being taken on average. pic.twitter.com/nFjbPMUplB

Even before the likely effect of the coronavirus outbreak on matchday revenue in the English football pyramid, Watkins was one of a number of names at Championship clubs tipped to move this summer. The Eagles are the current favourite to sign up the versatile attacker, and Watkins making the short trip to Selhurst from Hounslow might solve a problem that they’ve had for a few years now.

It’s not exactly a secret that the striker slot at Palace is thoroughly cursed, and a bright season from Jordan Ayew hasn’t been matched by Christian Benteke or Cenk Tosun.

To really make the step up that has looked occasionally possible under Roy Hodgson, they need a player who can unlock the latent creativity within the squad.

Watkins, a man whose formidable attacking IQ helps keep him on the same wavelength as his fellow quick-thinking and quick-footed forward Sergi Canos, Bryan Mbuemo and Saïd Benrahma at Brentford, could be the perfect goalscoring foil to the nimble Wilfried Zaha. 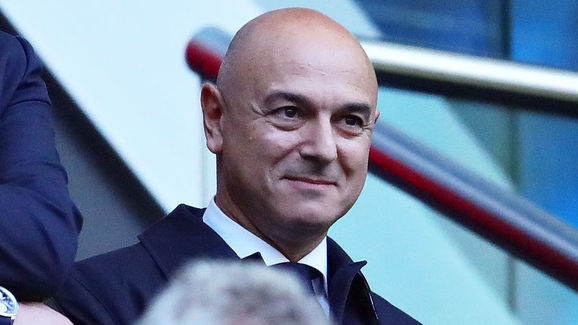 One of the biggest failings of Daniel Levy, when he had the footballing meal ticket that was Mauricio Pochettino at his disposal, was failing to buy a solid, youngish backup centre forward.

Fernando Llorente was a sometimes-useful battering ram, Clinton N’Jié was frustrated by injury setbacks and Vincent Janssen…well, who knows

If Mourinho fancies a possible cut-price solution to this dilemma, which has made it hard for Spurs to compete on multiple fronts in the past, the home-grown Watkins should be one of the first names on his shopping list.

The former Exeter man’s mobility would allow Spurs to switch to a more ‘modern’ front three where necessary, while he stylistically doesn’t differ too much from Kane as a focal point for inviting crosses (and, if this isn’t too controversial, his arrival would give the England captain a rest for once). The childhood Gooner would be a solid addition to a forward line which may be in need of a reboot if Pierre-Emerick Aubameyang were to leave for pastures new.

Watkins might start out as a rotation option at the Emirates, fans would be salivating over a potential Europa League link-up between himself and a progressive wing-back like Bukayo Saka…FC Metalist Kharkiv, watch out! Let’s be honest, every single West Ham transfer over the past few years looks like it’s been drawn out of a hat, and their recruitment team are clearly lagging behind their peers in the Premier League.

The solution? Just take a player from a Brentford side notorious for specialising in clever recruitment and nerdy stuff like advanced analytics, and have your homework done for you.

Sébastien Haller is much better than people give him credit for, but the forward still looks slightly too one-dimensional in certain matches and needs competition for his place.

With promising early signs from Jarrod Bowen, could the Hammers dip into the Championship again to construct a new-look side?

4 - Brentford's Neal Maupay and Ollie Watkins have combined for four goals in the Championship this season - more than any other duo. Synchronised. pic.twitter.com/MmKw0BVTvt

Brighton are a certified 'Fun Team', and it’s always a pleasure to tune into Match of the Day and catch up with the continuing adventures of Neal Maupay, Aaron Mooy, Leandro Trossard and co.

But clearly, the aim next season for an ambitious manager such as Graham Potter is to transform the Seagulls from Fun to Good, and translating a possession-heavy approach into goals should be the first aim.

In a recent creditable 0-0 draw at Wolves, Brighton enjoyed 57% of possession away from home but could only manage a single shot on target.

While Neal Maupay has had an impressive debut season, could a reunion with his effervescent Brentford buddy Watkins give Brighton the fizz they need to reach the next level? 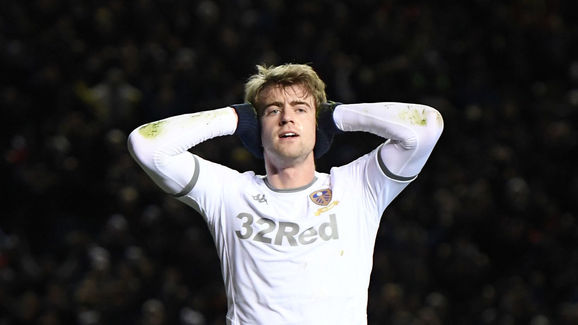 Clearly I’m speaking in hypotheticals here, but if the season were allowed to finish and if the Whites finally got promoted after ages and ages in the wilderness, this would make a lot of sense.

First and foremost because Leeds annoying everyone in the Championship this season and then coming back to annoy them more from the Premier League would be typically on-brand.

But also because anyone who has watched more than five minutes of the man will tell you that Patrick Bamford will once more be out of his league in the top-flight, while Jean-Kévin Augustin will likely need some support in what would be one of the Premier League’s more cautiously-financed sides.

If Bielsa stays at Leeds, it’s undoubtedly the place to be for a young footballer looking to make their next big stride, and Watkins’ ability to get on the end of tight rebounds could tip the margins in the Argentine’s favour in return.