Nothing quite beats the magic of an underdog overachievement story. Leicester winning the Premier League, Wigan lifting the FA Cup, Greece triumphing at Euro 2004. Yes please, victory for the little guy.

When you support a side who are not ordinarily very successful, just a draw away from home can be pretty special. When you get a whole season of unexpected highs, you make sure that you savour every second.

Here are the teams in English football punching above their weight this season. Cheltenham didn't make it to the Football League until the turn of the millennium, but have only spent one season in non-league since.

They even mixed it with League One's elite for three seasons before quickly coming to their senses and returning to League Two in 2008/09.

The club have spent the past two seasons battling the drop, but currently find themselves comfortably in the League Two playoffs, and just four points off the automatic promotion places. Little Wycombe Wanderers bulldozed their way into the League One promotion picture this season, sitting ahead of Ipswich Town and level on points with Sunderland, despite not making it to the Football League until 1993.

It's not always been pretty, but just goal difference is keeping Chairboys out of the playoffs as things stand. In their 133-year history, the club have never played higher than League One.

Plus, long-serving manager Gareth Ainsworth is universally acknowledged as the trendiest man in the dugout. He has cool long hair, wears a leather jacket and has been in multiple bands, including ' The Foxes' lofty placing in the Premier League is largely thanks to their stunning start to the season, coupled with the mass underperforming of Manchester United, Tottenham and Arsenal.

The squad Brendon Rodgers has at his disposal is arguably stronger than the one that Claudio Ranieri won the title with - and any overachievement from ​Leicester seems quite insignificant when compared to that 2015/16 campaign.

But for Leicester City, who were still playing Championship football just six years ago, to be sat comfortably in the Champions League places ahead of Chelsea, Manchester United, Arsenal and Tottenham is a huge achievement. From Jamie Vardy's current employees to his ​former. When the striker left Fleetwood eight years ago, they were a Conference side, and the Cod Army now find themselves in the thick of the League One playoff race.

The club have a reasonable budget for a League One side, along with Joey Barton at the helm - with his managerial ability more impressive than his French - but they only average a gate of a little over 3,000, a reminder of the stature of the club.

Fleetwood are above the likes of Sunderland and Ipswich in the League One table - clubs who were in the Premier League while Fleetwood were in the North West Counties League Division One. Brentford are right in the mix for the Championship playoffs, and their first ever shot at the Premier League. ​The club have spent one season in the top flight since 1947.

The Bees have done so despite losing last season's top scorer Neal Maupay to Brighton for £20m in the summer but, as always, the club reinvested shrewdly, signing experienced Championship defender Pontus Jansson. The previous summer, they lost Chris Mepham to Bournemouth, but used his transfer fee to purchase the magnificent Said Benrahma.

Brentford sit above the likes of Swansea, Stoke and Middlesborough, all of whom were playing Premier League football not that long ago. Yet it is the Bees who have the best chance of making it to the big time next year. 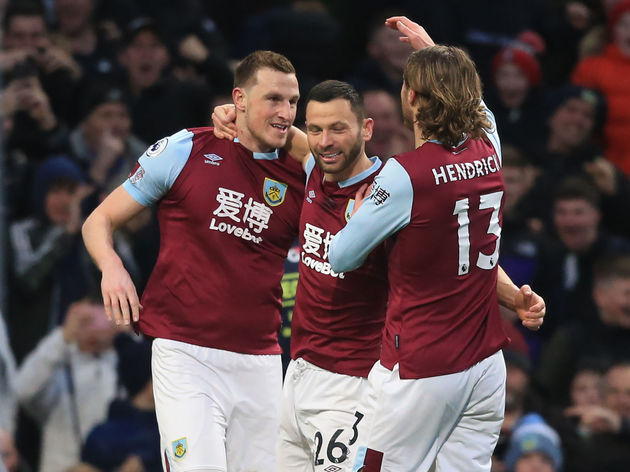 How does Sean Dyche keep doing it? The fact he managed to guide the Clarets to the Premier League once was impressive enough. But he did it again after relegation should have condemned Burnley to the Championship for good, and he has gone on to establish the club

​Burnley are 10th in the Premier League. They're one point behind Arsenal and two points ahead of Everton. Everton are managed by three-time Champions League winner Carlo Ancelotti. Burnley are managed by a gruff-voiced fella from Kettering.

Burnley were too good for Danny Drinkwater. Massive overachievers. In 2017, Simon Grayson left Deepdale for the bright lights of Sunderland. Four months later, he was sacked, and Sunderland were relegated at the end of the season. It proved a blessing in disguise for Preston, who ​finished in mid-table under newly appointed Alex Neil.

Neil thriftily assembled a squad and after two seasons of Championship consolidation, they have mounted a serious promotion charge this campaign.

The Lilywhites lost top scorer Callum Robinson to Sheffield United and effectively replaced him with 34-year-old David Nugent, yet they could be on course to play top flight football for the first time since 1961. Despite being tipped for relegation before a ball was kicked, Chris Wilder and his centre-halves have ​overlapped their way to seventh in their Premier League, with European dreams on the horizon. Just three years ago they were playing League One football.

​The Blades are two points behind Manchester United in fifth - which could be enough to secure Champions League football if Manchester City's European ban is unsuccessfully appealed.

The fact a team consisting of Chris Basham, David McGoldrick and John Fleck have managed to pull clear of Arsenal and Tottenham is some achievement.