​Huddersfield have already began plotting their return to the Premier League by eyeing a move for Brentford striker Neal Maupay as the club prepares for life in the Championship.

Jan Siewert's side were condemned to the second tier with five matches left to play of the season, being unable to recreate their heroics of last term after a season to forget for the Terriers.

Jan Siewert: “We are still learning. I have a long-term view.

“I am still learning about these players and I have to in the last four games.

“I hate losing. It hurts me losing so many games.”#htafc (AT) pic.twitter.com/op9JQsBOXe

As such, the club are eager to begin building a squad capable of an immediate return to the ​Premier League, and have eyed Brentford's French forward Maupay as the perfect piece in their promotion puzzle, according to ​ExaminerLive.

The former St Etienne striker has netted 26 goals and registered a further seven assists in all competitions for the Bees this season, although the club have been unable to climb higher in the table as a result, occupying a disappointing 14th place in the ​Championship.

With that in mind it could prove a big ask for Thomas Frank's side to keep hold of their prized asset, with the ​Mirror claiming league stalwarts Aston Villa and Middlesbrough also keen on the 22-year-old.

Since joining the club for £1.6m in the summer of 2017, Maupay has gone on to feature 92 times for the west London side. This season has been a breakthrough campaign for the former Nice forward though, with rumours around the striker's future already being mentioned during the January window. 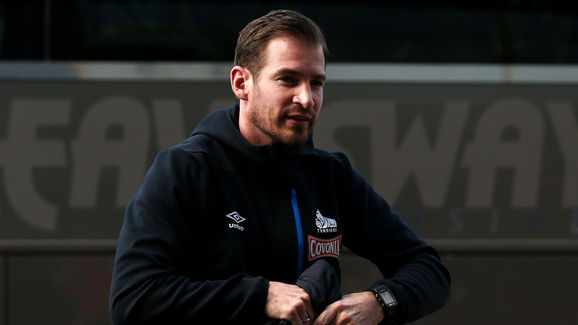 For ​Huddersfield, it is very much a case of regrouping and rebuilding for next season, despite having another four matches left to play in the top flight this season. Their next fixture is a home clash against Watford, where they will be looking to overturn a run of six successive defeats in the league.